Alpha city: how London was captured by the super-rich by Rowland Atkinson 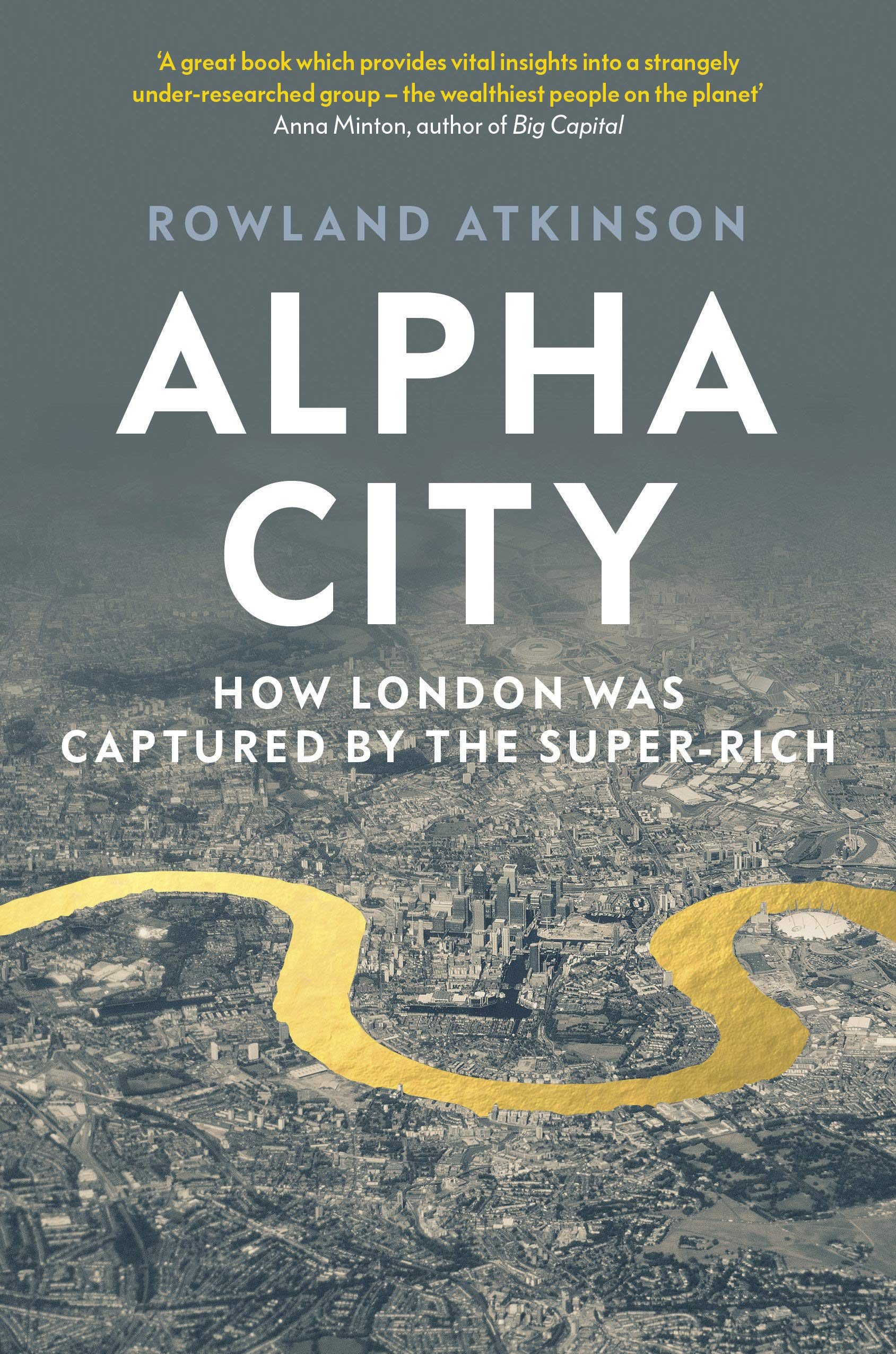 Nearly two decades have passed since Beaverstock et al. called upon scholars to expose the geographies of the super-rich. Despite the urgency of this call, and the growing ability of the super-rich to hoard capital, our critical understanding of this seemingly obscure group remains severely deficient. Indeed, the tendency of geographers to instead focus their energies on highlighting the existence and experiences of marginalized impoverished populations has run the risk of letting the super-rich “get away with it” (Beaverstock et al., 2004). This is an accusation that certainly cannot be leveled at Rowland Atkinson’s Alpha City. A relatively short but nonetheless sharp monograph, the book charts the links between the super-rich and their command, control and capture of urban space.

Alpha City begins with a fundamental geographical imperative: “to really understand such power we need to be able to place it [in] London … the pre-eminent site of the rich” (p. 1). Over the course of 250 pages, Atkinson takes us on a lucid, often uncomfortable, journey around London through the practices, landscapes and routines of the super-rich. A group that often prove elusive to traditional methodologies, Atkinson combines rich (in both senses of the word) ethnographic vignettes and photographs of the city with a bricolage of secondary resources – statistics, wealth reports, investigative journalistic accounts, real estate brochures, advertisings produced by architecture firms, to name but a few. There are insights here for scholars from a range of different disciplines, with separate chapters on crime, architecture, infrastructure and housing that interrogate the city in a breadth of detail. Moreover, despite its empirical focus on London, urban geographers of any global city will find much food for thought, including in the differential categorizations of the wealthy and the mapping of them across urban space.

Atkinson stitches together wealthy people and places in the city through a conceptualization of London as the “alpha city” (a term that Atkinson borrows from Richard Webber). Accordingly, the “alphaness” of London is expressed in several ways: by its hierarchical position at the top of rankings of global cities; through a city that is structured both socially and spatially in the service of wealth elites who have captured the political reins of power; and by defining the “domineering, swaggering and altogether ruder” (p. 9) character of those with extreme wealth in the city. Atkinson thus provides us with a valuable concept for both inter-urban comparisons across different global cities, as well as a theory for studying the intra-urban implications of the super-rich within the physical, social and political fabric of London. Those familiar with Atkinson’s oeuvre will recognize some of the key-related concepts here, including necrotecture, domestic fortification, and stealth architecture. These are complemented by a range of provocative metaphors for the alpha city that elucidate such concepts for a more popular audience: of London as “social centrifuge that increasingly … spits out those damaged or unhoused by its workings” (p. 11), the city as a “life-support system” (p. 19) for the wealthy, and as a filtration system that “enables wealthy bodies to pop up or disappear apparently at will” (p. 114–5). The most apt of these is a portrait of London as the plutocratic city – where money determines and structures an urban form that is the result of historical transformations dating back at least to Victorian times, but crucially secured and intensified in the last decade (the “alpha years”). But whereas the super-rich of the Victorian age came with a sense of a “social mission,” vying for status through charitable donations and projects around the city, the super-rich of today are judged to be lacking this humanitarian impulse. Instead, Atkinson identifies luxury consumption as the marker of their status, frequently enabled via private jets, sports cars and helicopter rides to and from fortified spaces around the city.

Whilst the super-rich might live highly isolated and fortified lives, Alpha City demonstrates the connectedness of their impacts around the city. It is here that Atkinson’s contribution is at its sharpest. In an explicitly geographical investigation, the influence of the super-rich is shown to spread through “those who court, support, laud and defend them” (p. 17) – the agents, managers, chauffeurs and nannies who service them, the infrastructure of exclusive transport, fortification and security systems that navigate the city for them, and the spaces of hotels, clubs, gated communities, luxury shops and business complexes that foster an urban ecosystem for protecting and privileging the super-rich. Atkinson reveals the consequence of such geographical arrangements upon the psychic and social experiences of the super-rich: namely, that “the gritty realities of city life remain concealed from the wealthy themselves in a kind of urban theatre whose curtains, entrances, exits and trapdoors enable insulated worldviews shielded from social suffering” (p. 166).

For Atkinson, these relations between the super-rich and the city establish “a Faustian pact, a contract taken out on the zero-contracted, with the price of success being the exclusion of the poor souls of the city while capital and the rich ride on” (p. 3). The everyday solidity of this pact relies precisely upon this “extracted perspective” and vantage point from which the super-rich experience the city. By maintaining a real and imagined distance from the everyday lives, feelings and experiences of the majority of Londoners, Atkinson argues that the super-rich have fostered “a private and sheltered view of the city … [from which] the real city, the social kernel of struggling and underprivileged lives, becomes a wholly other space, unknowable and capable of being morally disowned” (p. 110, 137).

To paraphrase Susan Sontag, it is by placing privilege and suffering in the same city that this book provides unique and urgent insight into the geographies of the super-rich. However, whilst concluding Alpha City on this note is highly persuasive, like all provocative books it leaves the reader with many questions. Most urgent amongst them is the question of what an alternative to the alpha city might look like. Throughout the monograph, Atkinson provides us with wisps of a vision – of a London not of and for the super-rich, but a “place where people live and thrive … a site in which encounter with diversity generates in its residents a knowledge of and empathy with other citizens. [A] kind of democratic and mutually connected city … the public city” (p. 8, 137). Theorizing such a public city requires a more sustained grappling with ideas of social and spatial justice – something which (understandably, given its length and scope) lies beyond an interrogation of the super-rich pursued in Alpha City. But by highlighting the injustice of plutocracy and the capture of London by the power of money, Atkinson provides us with crucial conceptual tools and empirical clarity for thinking not only about the future of London, but of all global cities. It is up to urban geographers to take up these tools in transforming the alpha city into a better city.