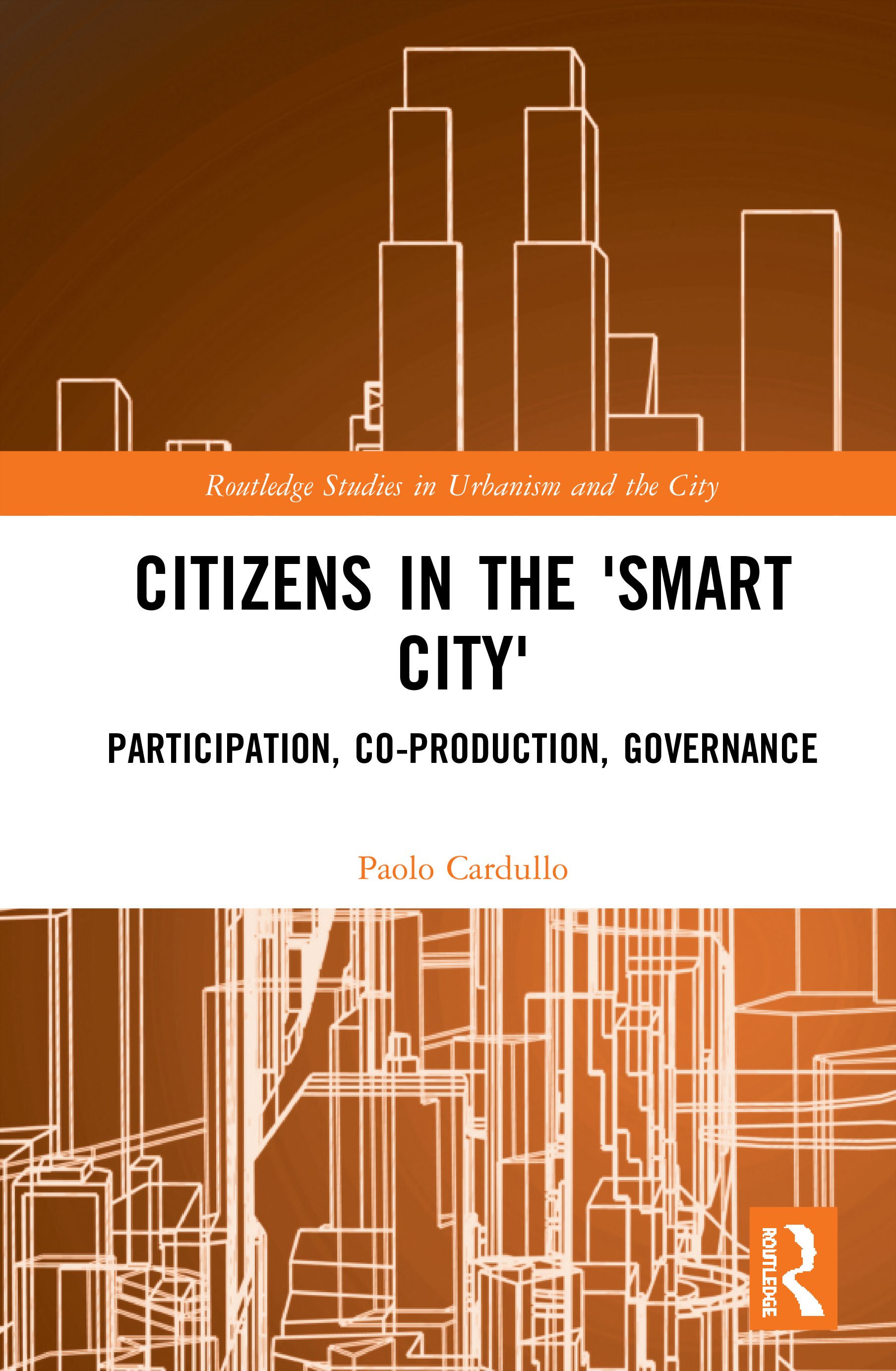 In this book, Paolo Cardullo embraces the important discussion on the emerging concern of citizen rights within and beyond the current smart city agenda. The author has made three distinct contributions here. First, the author reframes the conceptual thinking about smart cities as political, social, economic, and cultural constructions to suggest that it is time to move from “what, and what if” questions toward the question of how to deal with smart cities. Second, the author applies a nuanced investigative approach, utilizing ethnography and participatory methods (see chapter-8; the case study of London) to offer an understanding of the microlevel everyday experience of citizens who participate in smart cities. The third contribution of the book is to aim beyond the academic audience by avoiding theory-heavy academic jargon usually found in the smart city literature. Cardullo provides rich descriptions and critical explanations. Non-academics – including important urban stakeholders – can benefit from the reading of this book. With his conceptual and methodological deconstructions, the author sheds light on a new level of understanding of the smart city discourse studies, which makes this book a unique contribution to the current smart city urban critical literature.

This book is organized in two main sections. In the first section of the book (chapter 1–5), Cardullo shows how the neoliberal, capitalist, information-technology (IT) based smart city agenda is paternalistic and market-oriented, obstructing democratic rights of the citizens and their participation in the smart city. Situating the analysis at both policy and practical levels, the author unravels the “black box” logics behind the current digitally connected and networked urbanism (chapters 2–5). He highlights that technological solutionism and rationalized decisions embodied in the smart city agenda undermine the complex sociocultural nature of urban environments and therefore pronounce urban inequality. Citizens are forced to participate in the digital urbanism for the benefits of IT corporates because technological solutions are not being produced based on citizen’s needs. More importantly, the author underlines the diminishing power of citizens and, to some extent, also of the city authorities to make decision, to get access to, as well as to keep control over, the city operations. That power, he argues, is taken away by global IT elites, such as IBM or Google, who program smart cities. The author also points out the shift in financing mechanisms as an important underlying factor that pushes cities to adopt the smart agenda. Cities now have fewer of their own funds and thus seek to invite private firms to invest in public services. The author reiterates that these elements of digital urbanism repeat the failures of industrial urbanism, which created urban social and spatial inequality, locally and globally, through the development of networked urban infrastructures (e.g. water and sewers). Digital urbanism, or the smart city agenda, could reinforce rights and equality problems. It also includes more delicate issues, such as data privacy, nudging attitudes, and surveillance. As urban activists and critical scholars have increasingly made aware of these issues, citizen-centric and bottom-up approaches, such as Living Labs or Hackathons, emerged. However, Cardullo argues in chapter 3 (“data privacy”, “ethic washing”) and in chapter 5 (“Living labs”, “digital enclaves”, “active citizens”) that these activities neither reduce inequality (particularly regarding the rights to participate in the city) nor provide true alternatives to the capitalist smart city agenda.

In the second section (chapter 6–9), Cardullo uses empirical case studies to show alternative approaches that deconstruct the current smart city agenda and produce more just and inclusive cities, or what the author calls “intelligent cities”. He shows how the current capitalist cultural construction of the smart city agenda should be transformed into locally acceptable cultural assemblages. Most of the described case studies concern land issues, access to urban infrastructure, and inequalities in Western Europe and North America (Amsterdam, Barcelona, Dublin, London, New York, etc.). From these case studies, the author extracts key practices and approaches and suggests that these are instrumental in transforming the smart capitalist cities to intelligent people cities (chapter 6–8). The highlighted exemplary models include the establishment of city alliances as facilitation bodies (Barcelona, Amsterdam, and New York), the introduction of national or local regulations against smart city corporate power and profit monopoly (Airbnb in Dublin, see chapter-6), the creation of shared and participatory data platforms (open data city Amsterdam), the provision of internet infrastructure access as a basic right for all citizens (chapter-7: municipalism approach), and the continuation of the Internet as a commons (see chapter-8: Community Wireless Mesh Networks). The author notes that the driver of the system change is good governance and the political system. According to him, decentralization of power and decapitalization of “technological” knowledge are the keys to overcome the smart city problem. This is a very important message that should incite key urban stakeholders beyond academia to act. The conclusions chapter (which was written during Covid-19) adds an interesting analysis of the pandemic digital realities that display how digital urbanism is widening inequalities and increasing IT-corporate power in this global crisis period.

To conclude, Cardullo enlightens our understanding of the smart city realities with critical analysis and discussions. The nuanced methodological and conceptual approach widens the horizon of the critical smart city literature. However, the author left several important questions unanswered. One concern is that this book is written entirely based on the Western context. This led me to raise two questions: first, how much more severe the smart cities’ negative impact on citizen rights must be in the dictatorships, like my own country Myanmar? Second, how can the suggestions toward alternative smart urbanism be applicable in such authoritarian contexts? More essentially, by the end of the book, the question whether “we need the smart city after all?” (p. 141) remains.