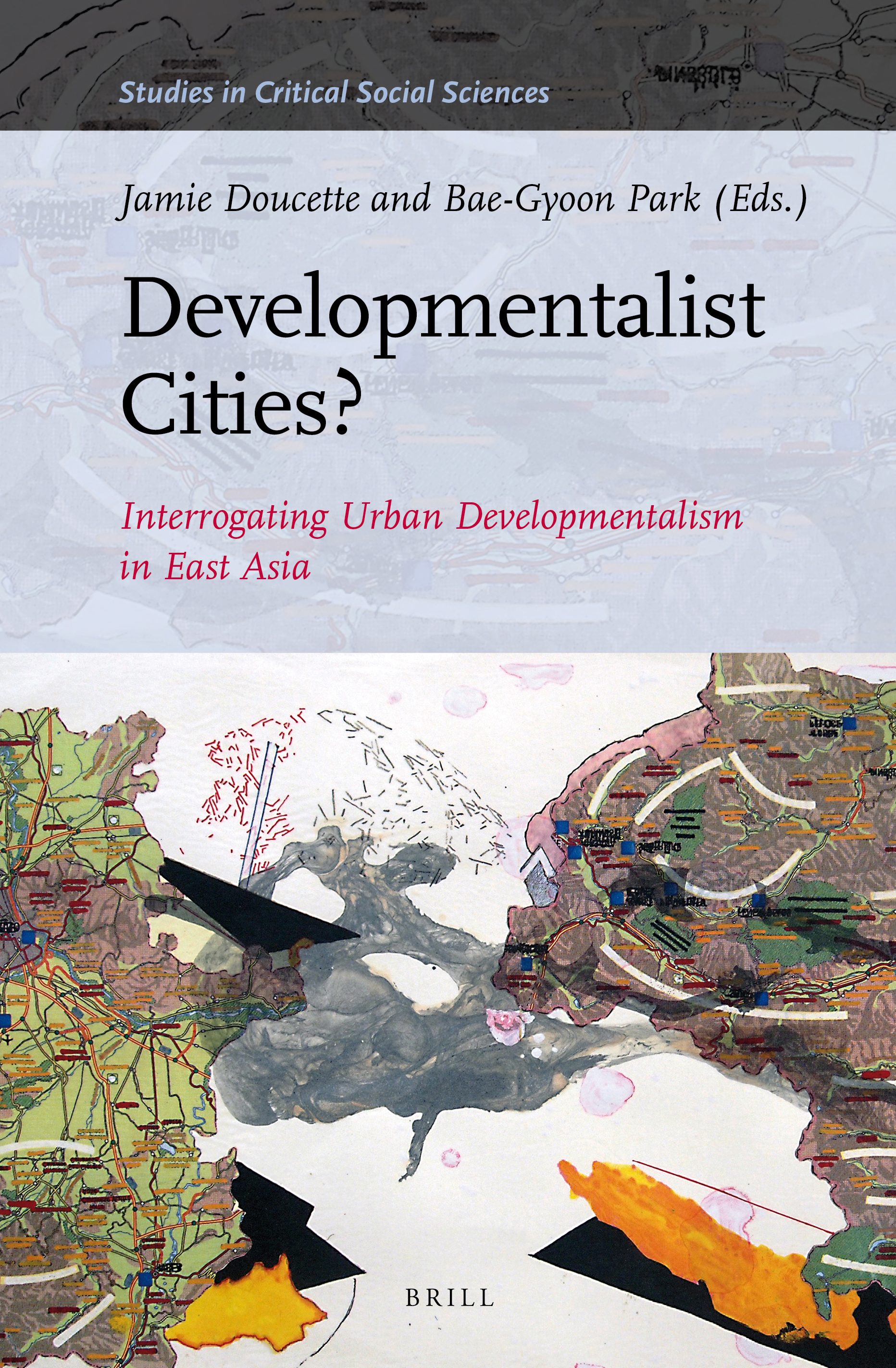 Reviewed by Do Young Oh

Is the developmental state dead? For some political and development economists, who are seeking policy lessons from East Asia, the developmental state is no longer a useful model, especially after the 1997 Asian Financial Crisis when the East Asian miracle collapsed (see Haggard, 2015; Pirie, 2018). Many other people, however, including political and urban geographers, challenge such arguments by showing the continued presence of developmentalist institutions and ideologies (see Park, Hill, & Saito, 2012). The volume Developmental Cities? Interrogating Urban Developmentalism, edited by Jamie Doucette and Bae-Gyoon Park, makes an important contribution to the debate around developmental states, focusing on the role of the urban in East Asian developmentalism. To do so, one introductory chapter and 14 empirically-grounded chapters covering cities in not only Japan and the Newly Industrialized Economies of Asia, including South Korea, Taiwan and Hong Kong, but also China, North Korea and the Philippines are presented in the volume under three overarching themes: geopolitical economies, spaces of exception and networks of expertise.

Among the three themes, the editors consider geopolitical economies as the most important with the other two being closely related. According to Jim Glassman (2018), who is also a contributor to this volume, geopolitical economy is a concept that is being developed in order to understand geographical-historical processes through focusing on two different uses of the term “geopolitical economy”: the variegated spatial dimensions of political economy and the integration of geopolitical and political-economic forces. Glassman argues that this concept can be best promoted by articulating the differences between these two different uses, focusing on concrete state practices and political-economic processes. The editors and authors of this volume attempt to develop this concept further by showing how East Asian developmental urbanism has been shaped by networks, territorial interactions and inter-scalar relations under Cold War and post-Cold War politics. In doing so, the volume offers an opportunity to see East Asian cities beyond the “territorial trap” of the developmental state thesis (see Hwang, 2016), seeking further dialogue with other regions.

In this regard, the great strength of Developmental Cities? Interrogating Urban Developmentalism, lies in its attempt to understand the urban and economic development processes in East Asia from a wider point of view. Young-Jin Choi and Jim Glassman’s chapter about the growth of an industrial city in South Korea, Ulsan, demonstrates how multi-scalar agents under US Cold War alliance, from a former US military commander to a Greek magnate, affected the growth of the city as well as the growth of the national economy. In the chapter about Tokyo as a global city by Heidi Gottfried, the author criticized the existing homogeneous conceptual framework of global cities and proposed an alternative view by showing the city’s imperial legacy and the city’s role as the security apparatus for the US during the Cold War. Then the author investigates Tokyo’s 2020 Olympic bid, which was a recent attempt by the city to secure a global city position. These chapters illustrate the diverse aspects of developmental urbanism in East Asia, suggesting that it is a process that requires the involvement of multi-scalar actors, from local elites to global-level politics. The chapter findings also imply that the geopolitical economy approach is useful when it comes to understanding cities that are rapidly becoming urbanized such as many cities in Africa, which are being affected by inter-scalar relations in their urbanization process, such as Sino-African relations.

Another strength of this volume is that it focuses on many non-global and non-world cities in East Asia. Despite ongoing attempts to theorize cities from a non-global and non-Western perspective in order to “fill in the voids” in the urban studies literature, we still have limited knowledge of cities in East Asia except for a select few such as Hong Kong, Shanghai and Singapore. In this regard, several chapters in the volume can be seen as contributing to diversifying our understanding of “ordinary” cities in East Asia. For example, the chapter about the development of Dandong in China by Christina Kim Chilcote shows how a frontier city bordering North Korea is being developed as a post-socialist entrepreneurial urban development project, which is fueled by domestic and foreign investments. Christina Moon’s chapter about the global fashion industry explains that the rise of New York’s fashion industry is closely related to the growth of industrial cities in East Asia, such as Masan in South Korea and Kaohsiung in Taiwan, from the 1960s and other Chinese cities from the 1980s. These stories about “ordinary cities” in East Asia from this volume are rarely found elsewhere.

Perhaps, after reading this volume, one might question where the antithesis of urban developmentalism has been in East Asia. The volume provides an excellent overview of various scalar urbanization actors in East Asia, which tend to coexist with the state, such as the US government, multi-national corporations, Japanese conglomerates and middle-class demand. However, social movements against authoritarianism and populistic urban development policies working against the spatial selectivity of the state are relatively less discussed in the volume. For instance, the poor have always been involved in urbanization in East Asia, which can be seen in the case of Seongnam, South Korea, where the city was shaped by the uprising at Gwangju Grand Housing Complex in 1971. There also have been several cases that the state-led urban developmentalism failed to achieve its objective due to populistic decisions opposite to the state spatial strategy as shown in the case of the free economic zones in South Korea in the 2000s. Such diverse aspects of urban developmentalism call for continued research in order to further enrich and challenge our understanding of urban processes.

Overall, resulted from several years of interdisciplinary workshops and collaborative works, Developmental Cities? Interrogating Urban Developmentalism is a milestone for those who study East Asian cities or who are interested in the nexus between geopolitics and urban processes. After reading this book, one will acquire an in-depth understanding of the complex histories of cities in East Asia. Moreover, the volume also has the ability to expand the debate beyond East Asian cities, stimulating dialogue with cities in other regions in order to demonstrate how they are linked based on a complex of geopolitical relations. This process will help us to theorize the urban more from non-Western perspectives. Indeed, this is not a simple task and it requires continued efforts. This volume, however, is a valuable contribution toward these efforts.

Glassman, Jim. (2018). Geopolitical economies of development and democratization in East Asia: Themes, concepts, and geographies. Environment and Planning A, 50(2), 407–415.