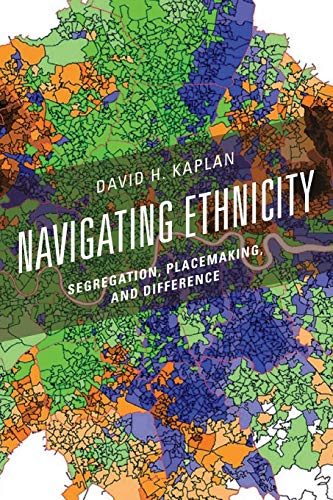 In Navigating Ethnicity: Segregation, Placemaking, and Difference, David Kaplan has tried to map out the geography of ethnicity, and he makes it clear from the start that his book is unique in three ways.

First, it is primarily geographical and focuses on how ethnicity actually plays out on the ground; second, it aims to discuss the topic of ethnicity in a detailed manner, starting from its changing definitions and moving on to its causes and effects; and third, it recognizes that the study of ethnicity is based on the context of each ethnic group in differing conditions. Throughout its detailed explanations on the geography of ethnicity, Kaplan’s book succeeds in offering readers a structured and comprehensive analysis of the relationship between ethnicity, space, and place.

The book’s 13 chapters can be generally divided into three groups. The first three chapters provide basic background information about ethnicity and its origins; a general overview of urban diversity; and how ethnic groups are spatially incorporated into different societies. Kaplan outlines the different modes of incorporation, ranging from assimilation, which focuses on merging of differences, to cultural pluralism, which embraces cultural distinctiveness and individual identity. He then discusses how national identity and ethnic identity are always relational and each constructed with reference to each other, as well as how certain ethnicities are tied to the nation while others are excluded. He suggests that multiculturalism can bring positive and negative effects to a neighborhood and that the effects depend on how it actually plays out in reality.

Kaplan ends the book on an optimistic note. In the final chapter, he discusses the five forces driving ethnicity today and in the probable future, namely: the increasing range of immigration; the growing urbanization of the world and city; changes in transportation and communication; the socioeconomic bifurcation of ethnic groups; and the greater income of many ethnic members. Kaplan concludes the book by pointing out that even though racial disputes and problems continue to occur, growing ethnic diversity is unstoppable and the status of ethnic relations has actually improved on the whole.

As a reader, I agree with Kaplan’s conclusion that ethnic diversity in geography is a trend that cannot be stopped. Yet the situation surrounding ethnic segregation and the stigmatization attached to various ethnicities is no less alarming. While the structure of the book is well-constructed and tries to cover as many pressing topics as possible related to ethnicity in geography, the book itself does not give readers a clear guide to how ethnicity in spatial representation has evolved and developed over time, which makes its optimistic final note somewhat less convincing.

Kaplan acknowledges that the book cannot provide an encyclopedic overview of every ethnicity’s past and present circumstances, emphasizing that the book aims to highlight the value of geographical perspective, articulate the major processes which shape ethnicity, and show how ethnic differences can be observed. Kaplan is correct to point out the complexity of locating ethnicity within the study of geography and the countless cases across the world today. But the numerous cases covered can be a mixed blessing – demonstrating the diverse nature of ethnic clustering and placemaking on one hand, while on the other, sometimes struggling to reflect the full complexity Kaplan suggests. As he notes, any discussion on ethnicity inevitably mingles with other discussions such as those on race, gender and social mobility, and because the book aims to give a general overview each case mentioned in the book receives relatively limited space.

In addition to the complexity of ethnicity as witnessed on the ground, Kaplan also rightly reminds readers that spatial concentration and placemaking can be a product of voluntary or involuntary choices by ethnic groups, even though the line between the two can be blurry. When it comes to evaluating the impacts of ethnic concentration and placemaking, he likewise reminds readers that positive and negative outcomes of segregation are relational, and we should not overlook the heterogeneity of an ethnic minority group.

The book is easy to follow and explains ethnicity and spatial manifestation in a non-academic style, so it should appeal to an audience are new to the study of ethnicity and geography. It fulfills the goal set out in the first chapter of untangling the causes of ethnic concentration and segregation and explaining how these geographies are made manifest, along with the consequences of such spatial separation (p. 18). Given the complexity of the topic, this book has done a great job of providing key information and describing relevant debates on ethnicity in human geography, and for that reason can be recommended as a starting point that will lead interested readers to other, more in-depth readings and relevant texts on ethnicity.