The 2019 Early Career Researcher Prize was awarded to Casey Lynch for Representations of Utopian Urbanism and the Feminist Geopolitics of ‘New City’ Development published in Urban Geography Volume 40, Issue 8. Honorable Mentions went to Sarah Launius for Fixing financialization in the credit-constrained city and Aidan Mosselson for Everyday security: privatized policing, local legitmacy and atmospheres of control 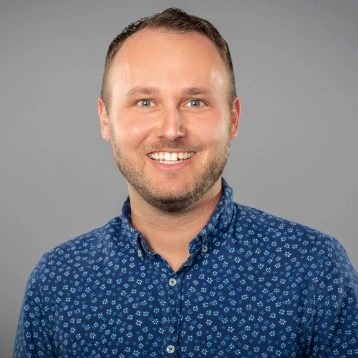 I received a PhD in Geography from the University of Arizona in 2019 and am currently an Assistant Professor in the Department of Geography at the University of Nevada, Reno. My research broadly examines how visions of urban techno-futures are conceived, promoted, differentially experienced, and potentially contested through everyday practices. These interests have led me to conduct ethnographic research with community groups organizing for alterative, post-capitalist digital futures in Barcelona, and more recently to start a new research project on the emerging social robotics industry and its current and potential future impacts on everyday life.

My paper in Urban Geography, titled “Representations of Utopian Urbanism and the Feminist Geopolitics of ‘New City’ Development,” comes from a research project on the proposed Zone for Economic Development and Employment (ZEDE) in Honduras. In the aftermath of the 2009 coup d’état that overthrew a democratically-elected, left-leaning president, the ZEDE was promoted as a silver bullet solution to all of Honduras’ most pressing problems—from poverty, corruption, and emigration to widespread violence and impunity. The basic idea of the ZEDE was to develop new cities by creating autonomous legal, economic, administrative, and political (LEAP) jurisdictions that would attract large-scale foreign investment. These jurisdictions would be exempt from nearly all Honduran laws and be governed by an appointed “Technical Secretary” and a board of international technocrats known as the Committee for the Adoption of Best Practices. The plan for the ZEDE attracted the attention and support of a range of institutional and ideological actors around the world, including the Korean International Cooperation Agency and US and European libertarian activists—who saw an opportunity to experiment with an extreme form of free-market governance by building a new city “from scratch”. The article is based on ethnographic fieldwork carried out in the towns and villages around the Gulf of Fonseca on the Pacific coast of Honduras, primarily during the summer of 2014, immediately after the area was announced as the site of the first ZEDE. While the ZEDE has still never come to fruition, during the summer of 2014 residents in the Gulf of Fonseca were confronted with a series of representations of the ZEDE—from digital simulations of a future city to the text of the laws and constitutional amendments establishing the zone. The article examines how residents in the Gulf of Fonseca differentially made sense of these representations and made decisions about how to react based on previous experiences of violence, hopes and anxieties in relations to “development”, and uneven and contested relations of land-tenure. I argue more broadly that understanding how representations of utopian urban futures circulate through rural and marginal communities facing displacement can shed light on the contested nature of new city projects and their ability to impact communities even before displacement or infrastructural development occur, if they ever do.” 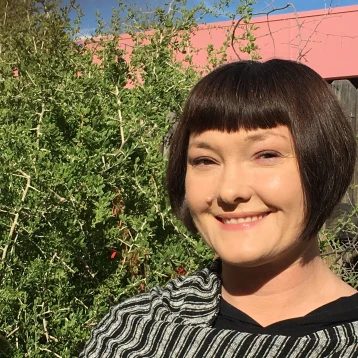 My article, Fixing financialization in the credit-constrained city, sought to situate the forces that allowed downtown revitalization to finally gain momentum in Tucson, Arizona after four decades of failed attempts. As part of a series of papers, I found the dominant thinking of most downtown boosters and many developers was that a trifecta comprised of the new modern streetcar, the City of Tucson’s economic incentives, and the creative deal-making by the board of the Rio Nuevo special taxing district had driven Tucson’s downtown redevelopment to take hold amid the Great Recession (see Launius and Boyce, forthcoming).

In Fixing financialization in the credit-constrained city, Mark Kear and I found that many of the recent developments that were celebrated for ushering in the redevelopment momentum downtown encountered challenges due to a lack of access to credit. We found that Tucson’s real estate market was considered to be too small for most institutional investors. Therefore, a more limited circulation of finance capital into Tucson’s downtown real estate market both privileges local growth coalition members who know the local market, and those who have access to extant capital, whether through equity partners or existing relationships with larger banks. Critically, various public subsidies—whether via HUD, the City of Tucson or Rio Nuevo—were heralded as filling a gap that allowed developers to access construction loans. We learned of complicated deals involving multiple public entities, new development partnerships, and cobbled-together assets for collateral, that led us to focus on the local improvisation necessary to make downtown development “profitable,” and therefore to make developments materialize, while still remaining thoroughly unleveraged. 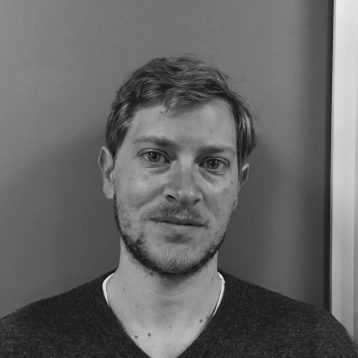 When I wrote this paper there were two interrelated issues that I wanted to address. Firstly, I was attempting to account for and make sense of people’s relationships with and appreciation of privatised policing in a fraught urban area. Following from this, I was seeking to add nuance to academic discussion about privatised policing, which tend to be alarmist and overlook people’s lived experiences and insecurities. The paper, then, underscores the ways in which privatised policing, whilst still exclusionary and revanchist, is adaptive and takes localised concerns and needs into account, and, in doing so, contributes to creating senses of public life and urban publics, especially in parts of the world where fear of crime and insecurity are all to real and prominent features of everyday life.

Conducting fieldwork in inner-city Johannesburg, an area that is notorious for high levels of crime and interpersonal violence, I was surprised by the extent to which people have come to tolerate and even desire intensive, intrusive forms of policing. Over time, I came to realise that there were a series of factors at play in creating this, and that the prevailing urban studies literature on policing and public space did not provide ample ways for understanding this. Firstly, I argue that privatised policing has become accepted in the area because it plays to people’s conceptions of what effective policing looks like. Unfortunately, in South Africa there is a long-established history and expectation that policing must deploy force in order to be effective. Private security companies participate in this, making use of forceful, intimidating imagery and forms of presentation that confer legitimacy on them. However, I also detail the ways in which the private security company that is at the centre of my research engages in wider activities that are focussed on service provision and filling gaps left by over-stretched and under-resourced public utilities. They address everyday maintenance and upkeep issues and, in so doing, establish themselves as ‘responsible’ agents working in the everyday life of the neighbourhood. Additionally, contrary to private policing services that only serve the needs of those who pay for them, this company adopts more expansive and community-oriented forms of policing. They therefore exhibit an ability to respond to the social and spatial contingencies of the setting in which they work, demonstrating that spatial realities exert influence over even the most domineering actors and that abilities to respond to, rather than fight against, these is a further source of legitimacy. The practices that I observed and documented in the paper therefore challenge accounts of private policing as necessarily exclusionary and externally imposed, and demonstrate the ways in which security regimes, particularly in volatile and violent urban settings, are also mundane and part of everyday life.