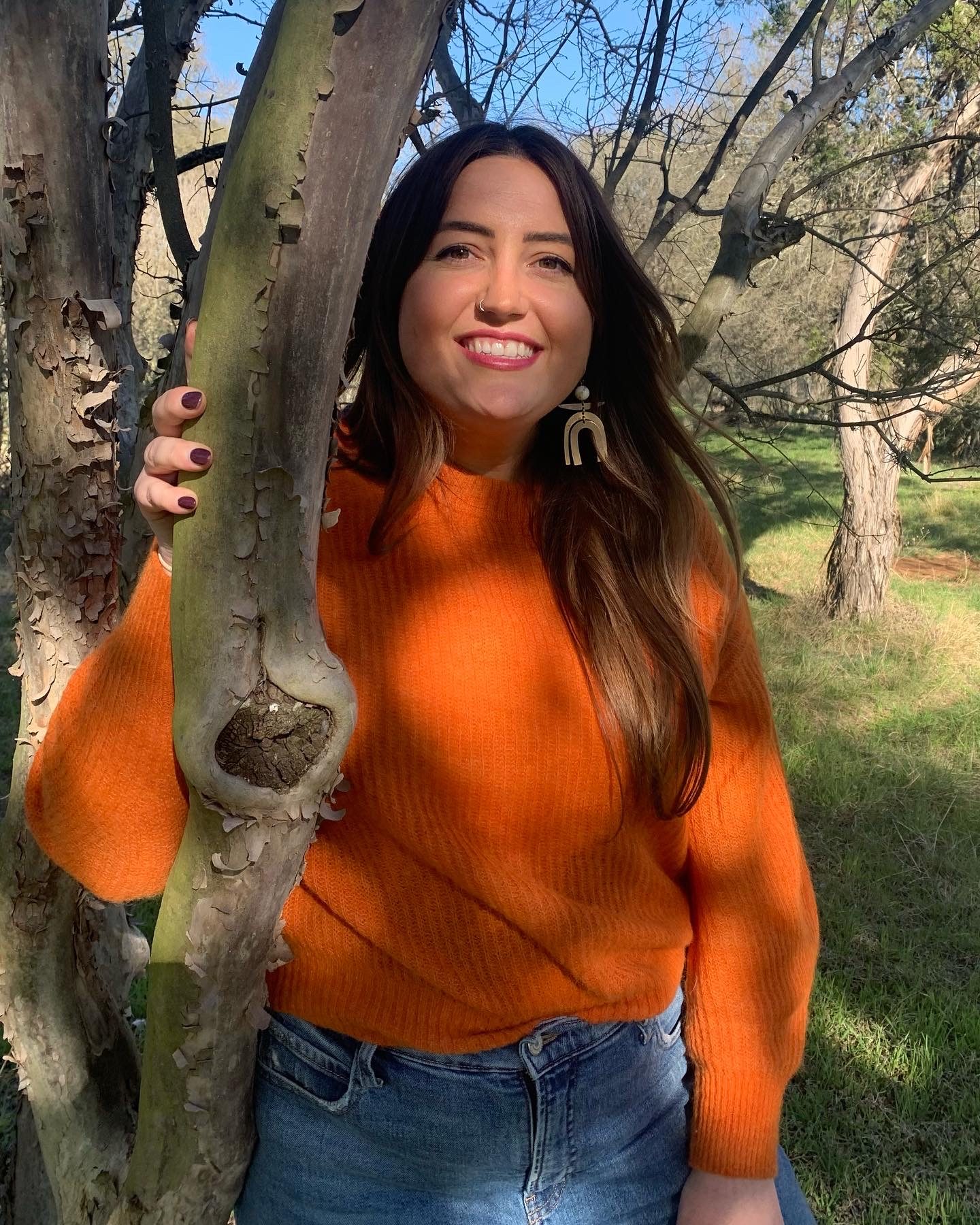 I am currently a Visiting Assistant Professor of Geography at Texas A&M University, having received my PhD in Geography from the University of Georgia in 2021. My research interests broadly relate to the intersections of race, space, labor, and crisis. My paper in Urban Geography, ‘“Black Workers Matter”: Black labor geographies and uneven redevelopment in post-Katrina New Orleans,’ comes out of my Masters research (also at the University of Georgia) in which I interrogated the rebuilding of New Orleans in the decade after Hurricane Katrina through the perspectives of low-wage, predominantly Black workers and economic justice activists. Through an analysis of interviews and participant observation alongside Stand with Dignity, part of the New Orleans Workers Center for Racial Justice, I considered the remaking of spaces and (work)places through a focus on labor, merging the literatures of Black geographies, labor geographies, and feminist political economy. Situating workers at the center of my analysis and framing the construction of the “New New Orleans” as a continuation of a longstanding “plantation tradition” of racial and economic subjugation in the city, I focused on three sites of struggle highlighted by economic justice activists. In doing so, I wanted to call attention to the uneven Black labor geographies of post-Katrina New Orleans but also to the always-present acts—and spaces—of resistance. In some ways, my recent research related to Georgia’s farm labor system is a departure from past research on urban geographies of low-wage labor and economic justice organizing. And yet, there are clear parallels between the forms of devalued, racialized labor in New Orleans’s service and construction industries and Georgia’s rural fruit and vegetable fields, the historical development of racial capitalism and the reproduction of plantation political economies across the US South, and the ways in which ecological “crises” are mobilized to produce downward pressure on already-vulnerable workers. The ideas synthesized in my Urban Geography paper continue to shape my research and thinking, and this recognition is all the more motivation to continue forward. My article in Urban Geography was immeasurably improved by thoughtful and constructive feedback from the journal’s editors, anonymous reviewers, friends, and my former advisor, Nik Heynen. I am deeply honored to be selected for this award among so many excellent papers published in 2021, a year of incredible challenges for many scholars amidst the pandemic. I share this honor with my support system of friends and family and with the inspiring group of organizers and activists in New Orleans’s economic justice movement including Mr. Alfred, Toya, Stand with Dignity, Show Me $15, Unite Here Local 2262, and Congreso de Jornaleros.

I am an Assistant Professor in the Department of Geography and Planning at Queen’s University, Canada. My research focuses on the marketization and financialization of urban social services and the policymaking processes used to construct such markets. Specifically, I study how market systems articulate with the politics of place, wider political struggles, and the logics of racial capitalism.

My article, “A marketplace of schools”: race, power, and education reform in the Detroit region, investigates how long-standing patterns of racial segregation in the Detroit region were remixed (but not challenged) by new market systems of school governance. This article was first conceived when, during my PhD fieldwork, I learnt of a suburban district that operated a school which drew 78% of its students from within the City of Detroit while simultaneously that same school district also used provisions within Michigan’s market system to prevent Detroiters from attending its other schools. Using interviews and the analysis and GIS mapping of publicly-available data about the movement of students in the region, this article examines both the politics through which this market system was constructed and its ultimate effects: the concentration of power and state funding in Detroit’s suburbs and the disempowerment and defunding of the Detroit Public School district. I argue that this political process and its ultimate outcome must be understood within the context of anti-Blackness as materialized through the use of Michigan’s emergency management system to exercise control over Detroit’s majority-Black school district. This mobilization of state power within Detroit was in stark contrast to the ways that the creation of Michigan’s market-based schooling system privileged the desires of the region’s white suburbs to ensure their ability to control the movement of Detroit’s students across the region.

This research advances our understanding of the urban geography of markets by critically interrogating how market institutions are shaped by wider political struggles and geographies of power while further disrupting narratives which promote educational policies that work to the detriment of already- marginalized families.

I am a researcher of cities, infrastructures and technologies, and currently a research fellow and assistant country director at the British Institute in Eastern Africa (BIEA) in Nairobi since 2020. My recent work, at the intersection of STS, urban studies and postcolonial studies, explores the contingent and place-based articulations of cities, and how these are mediated through the diffusion and uptake of new plans, technologies and infrastructures both small and big. My findings are hoped to provide a menu for new explorations, enhance our understanding of urban and digital possibilities, and add new insights to debates on technology and urbanity in the global south and beyond.

This paper, Smart city making? The spread of ICT-driven plans and infrastructures in Nairobi, was written between 2018 and 2019, as one of four chapters of my PhD thesis titled “Rethinking Smart Urbanism: City-making and the Spread of Digital Infrastructures in Nairobi” at Utrecht University. It is co-authored with my PhD supervisor, Professor Jochen Monstadt. In the paper, we sought to examine the relationship between urban plans and the ICT-driven development of technical infrastructures, as well as the extent to which the implementation of plans and policies are contingent upon politicization, contestation and context-specific realities.

Drawing from urban studies and social studies of technology perspectives as well as from observations, interviews and policy analyses, we examine processes of city-making and the spread of ICT-driven infrastructures, and juxtapose ambitious visions of emergent plans with ordinary realities of the African city. We interrogate the approach and reliance of urban planners in Nairobi on the modernizing power of technology. We reveal that while processes of city-making in the digital age are inclined towards technocratic and deterministic appeals, this inclination is highly deceptive. The empirical case study on Nairobi suggests that rather than being deterministic, these processes are fundamentally politicized, contested and shaped by local practices and context-specific realties. Moreover, the main contribution of the paper lies in the fact that it draws attention to significations and lessons to be inferred from ICT-driven urban and infrastructure development projects in present processes of city-making, and how these could more effectively contribute to the sustainability of cities and infrastructures everywhere.

I received my PhD in anthropology from York University (Toronto) in 2017, and I am currently a Junior Research Fellow at the Institute for Humanities in Africa (HUMA), at the University of Cape Town.Since 2007, I have been thinking about how to make Nairobi, my hometown, a more just city, and have been fortunate to dwell and think with lots of committed grassroots activists, towards contributing to this inch by inch. My ongoing research focus emerges from this preoccupation, and is, broadly, the historicization of urban planning from areas intentionally confined to the margins, our habitual ‘slums.’ This interest intersects with studies of empire and space, youth movements, ecology, state violence and the politics of infrastructure.

My paper, ‘The story of a pump: life, death and afterlives within an urban planning of “divide and rule” in Nairobi, Kenya’ is shaped by the vernacular narrations of spatial dynamics that I encounter in Mathare, the poor urban settlement where I continue to do fieldwork. I use the everyday struggles of a basic water pump -- the bids to purchase it and use it in a space of intentional dehydration -- to reveal the coloniality of urban governance in Nairobi, and, related, how the police are de facto urban infrastructure and managers since they are used to enforce colonial logics inthe city during both the colonial and postcolonial period. Through following eventsoriented around the pump, which I witness through approaches in urban political ecology, assemblage theory and the black radical tradition, I make three main arguments.

First that urban planning in Nairobi is an imperial assemblage mediated through particular structural dynamics that haveprovenance in a colonial political economy. My second main contention is that this leads to a spatial governance of neglectand militarization in poor urban spaces in the city. Notwithstanding the endurance ofa planning of neglect and force for many city dwellers, my third argument is that residents seek to deterritorialize these normalized formal spatial practices through material and ideological engagements that identify and resist a colonial planning of divide and rule.

I am immensely grateful that this paper has received this recognition, and, above all, continue to be grateful to the many Nairobi dwellers who scaffold life and resistance with an infrastructure of stories; asantenisana for taking the time to share these with me.